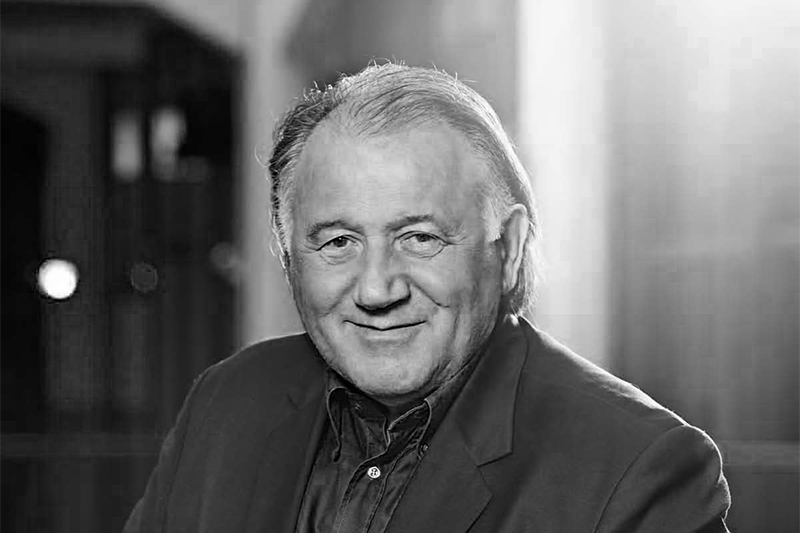 Peter Weibel is Chairman and CEO of ZKM Center for Art and Media Karlsruhe, and professor of media theory at the University of Applied Arts Vienna. He is a central figure in European media art through his various activities as an artist, theoretician, and curator. He publishes widely in the intersecting fields of art and science.

Weibel’s career took him from studying literature, medicine, logic, philosophy, and film in Paris and Vienna, to working as an artist and heading up the digital arts laboratory in the media department of the State University of New York at Buffalo (1984-1989). In 1989 he founded the Institute of New Media at the Städelschule in Frankfurt which he directed until 1995.

Peter Weibel served as Artistic Director of Ars Electronica in Linz, Austria (1986-1995), and curated the third edition of the Biennial of Contemporary Art of Seville in 2008 as well as the fourth Moscow Biennale of Contemporary Art in 2011. He commissioned the Austrian pavilions at Venice Biennale from 1993 to 1999 and was Chief Curator of the Neue Galerie Graz in Austria 1993 to 2011.